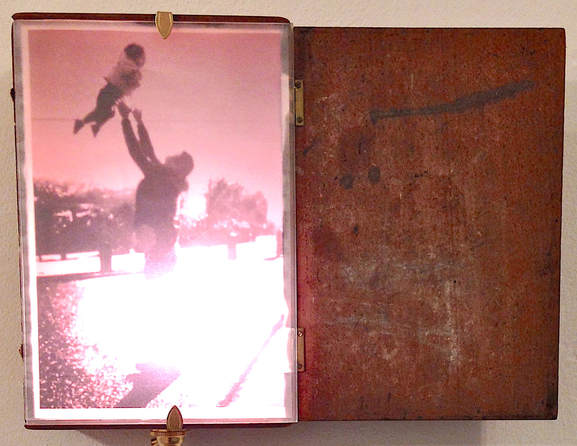 This piece is called Saudade. It is a Portugese word I discovered and is difficult to translate into one English word but roughly means ‘longing’. I made it in response to thinking about attachment and how our attachment styles are formed by our early experiences and are unconscious; how the past is sometimes replayed in the present.

The video was displayed on an iPad mini in an open wooden box for some of the time. I also displayed it as a still image of the video, printed on tracing paper, in front of a light box. I often use old wooden boxes in my work and like to collect them. I combined these objects to convey a sense of past and present merging. 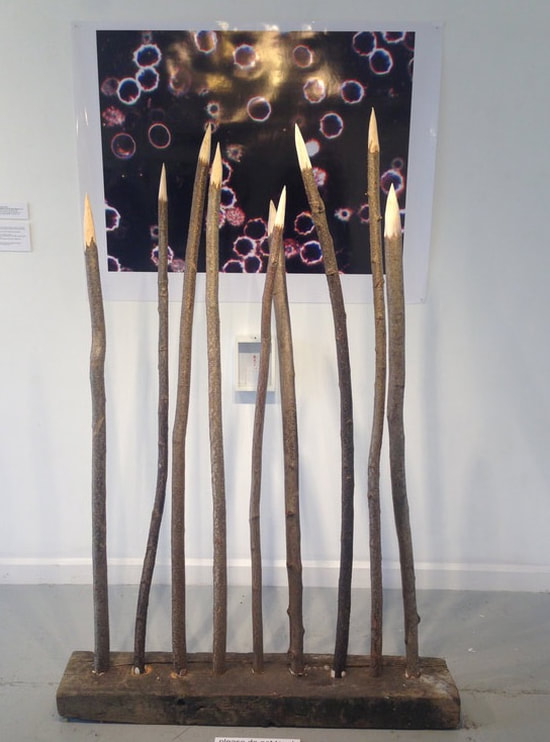 I thought about scapegoating as an internal process; how we may attack or numb an unwanted aspect of the Self (defined as the Shadow in Jungian analysis), hoping to get rid of it, leaving just the ‘good’ parts. But this routine disregard or self-harming can become potent, toxic, spilling over, infecting the whole.

The large format photograph (above) is a microscopic image of my blood. The image was captured several hours after the sample was taken so the cells are in the last phases of life.

​The wooden spears are symbolic of the attack and defense mechanisms we use to try to protect ourselves. The image and objects combined in this installation signified my desire to transform my internal warfare into a creative act. The ‘blood moon’ in the title recalls the blood moon that occurred during the making process of this work and which I found powerfully resonant. In numerology the number nine represents completion.

Making this work was part of a healing process for me personally. By externalizing and visualizing negative thought processes,
I began to find a sense of acceptance of the Shadow aspect of my Self. 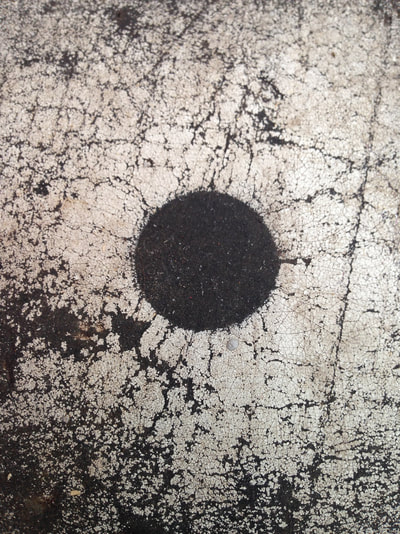 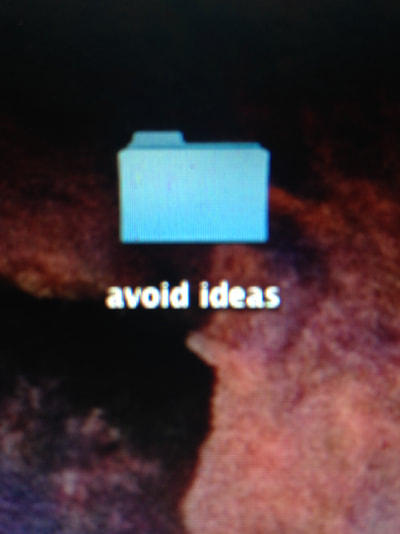 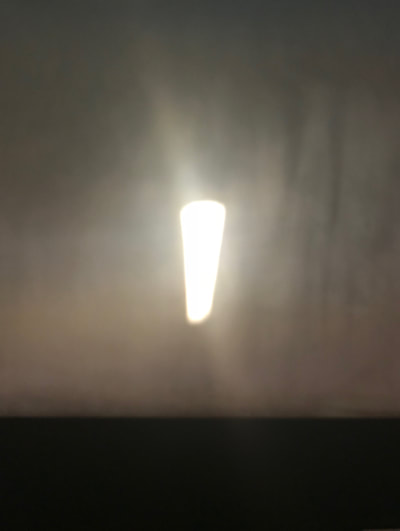